The RFBP Phase II project is into its 2nd year and has already created a curiosity among the villages of the project area. The formation of VFPMC [Village Forest Project Management Committee] is a huge task as it involves convincing village community to take up the project and work in tune with forest department for the development of forest. The following were the activities carried out for the formation of VFPMC:

Navyug Vikas & Anusandhan Sansthan worked closely with the village community to form VFPMC's. The formation work continued in 2013-14 as well. There were total 9 VFPMC's which were formed:

Capacity Building is the process by which individuals, groups, organizations, institutions and societies increase their abilities to: perform core functions, solve problems, define and achieve objectives; and understand and deal with their development needs in a broad context and in a sustainable manner. As part of the project it was necessary to do capacity building of VFPMC member's so that they can perform the task's given to them in an efficient manner. Our experts by the end of 2013-14 completed the task of capacity building of all the 18 VFPMC's formed. The following were the topics discussed during the capacity building: 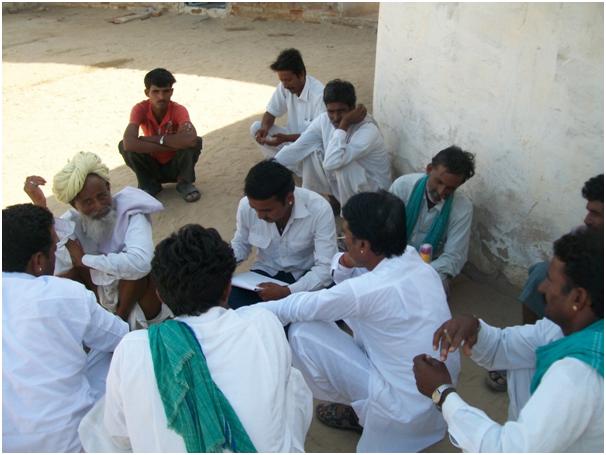 Village forest protection management committee (VFPMC) is the main organization who will manage all the activities related to village under Rajasthan forestry and Biodiversity Project, Phase II