Awareness camps for conserving Forest and Bio-diversity in desert

Awareness camp is the important tool in spreading awareness about the project objectives and helps in better implementation of the project in long run. Since the start of RFBP 2 project in 2012-13, it has become the main center of attraction among the village community. Last year we conducted total of 9 awareness camps in the targeted villages.

Unlike forest dominating area desert region lacks a well-established Community Forest with clearly identified mandate for sustainable management. To make people aware about the importance of existing vegetation in desert and to promote the objectives of project RFBP (Rajasthan Forestry & Biodiversity Project, Phase II) we have organized 9 awareness camps in deselected villages under each project cluster. 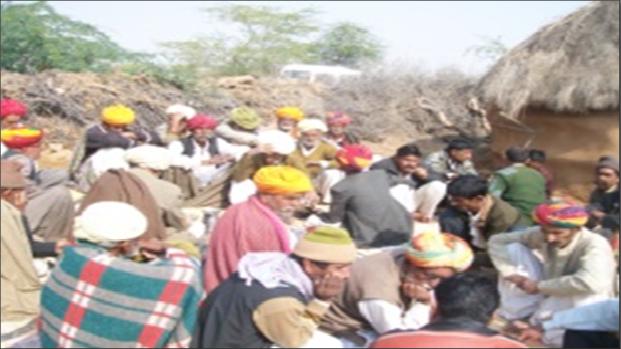 During the camp villagers were informed about the procedure and guidelines of management of Community Forest as per JFM Act. The information like who will be the user group, how can they fetch the forest produce and what shall be the liability and responsibility of villagers and village level forest management committee were explained in detail.